A circular walk of 9km (5.6 miles) in a lesser known part of the Duke of Norfolk’s Estate just outside of Arundel.

The walk starts by passing by Waterwoods Cottages situated either side of ‘The Waterwoods’, which is on the roundabout between the A27 and A284 (Be really careful how you cross here as these roads are exceptionally busy at times). The tarmac drive heads away from Arundel through a picturesque valley with high wooded banks to the south, with big reveals that look like they may have been landslips in the past, opening up the chalky ground allowing some wild garlic to grow amongst the exposed roots of the trees. Further on the lakes of Chalk Springs trout fishery are visible to the right and a few anglers are seen on the banks, one trying to land his catch. We popped into the fishery so that Tim could pick up ‘The Informer’ and after flicking through the pages proudly showed us a picture of himself with a large trout as he often fishes here and brings back a few trout. The chalk springs trout fishery is fed from a spring that emerges through the chalky downs and originally had only two lakes. It was created in 1984 on what was the old watercress beds, the alkaline and mineral rich waters would have provided a great environment for growing watercress. Chalky spring water also has copious amounts of invertebrate for the trout to feed on and since the fishery opened a couple more lakes have been added whereby giving fly fishing anglers more variety to catch trout in the crystal clear spring waters. For the non anglers and with advance notice fresh trout can be netted and bought here. 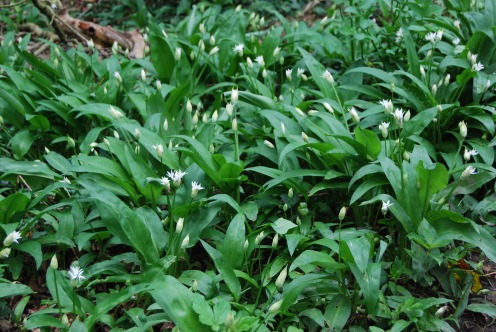 Continuing along the drive it starts to steadily climb up hill and go further into the woods on a path that suddenly become very muddy following the recent rainful, time for a bit of dodging the puddles and balancing on the strategically placed branches. The woods were not that deep and we were soon emerging into open downland. We followed the edge of a field that seemed to have pens set out for breeding pheasant in ready for the new season. Following this path took us into sherwood rough, a forest that has been extensively cut back, but is evident that it is sustainable and managed as new trees had been planted. Walking through here you can also see across a small valley and it was so  reminiscent of a prehistoric britain, it just seemed so unspoilt and you could imagine a large velociraptor appearing from the trees (our imaginations running wild here i think!). Trekking further upwards and looking over our shoulders we had some great views back to the coast with rampion wind farm standing proud in the sea. 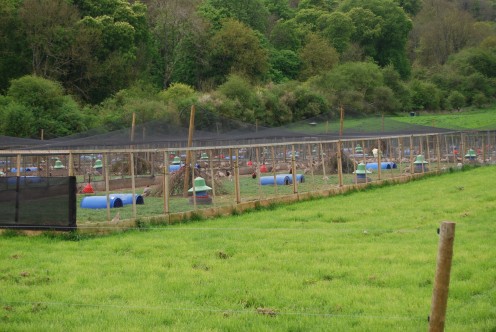 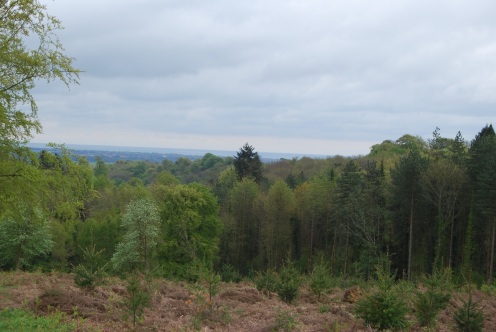 Both Sherwood Rough and Dalesdown Woods have had medieval settlements that have been discovered in these woods and although archaeological digs have taken place here,  little information could be found on them. The official footpath through this wood can easily be missed as there are many tracks and fire breaks here too, so the good old trusty map and compass were put to really good use. 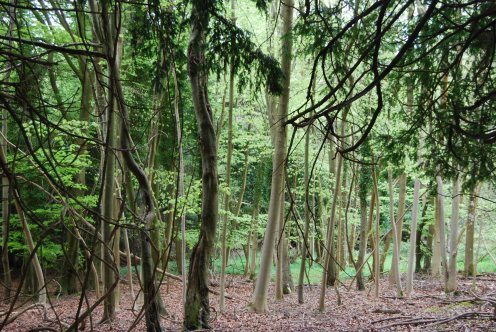 As we were approaching Fairmile Bottom Nature Reserve more and more Yew trees were becoming apparent with their mangled branches all inter twining with each other and now giving a very different feel to britian, one of a more mystical nature. The Yew trees led us up to Yew Tree gate on the edge of Fairmile Bottom and if we had headed straight down the hill from here it would have led us to where an old cafe once stood. The wooden Fairmile cafe was first mentioned in 1939 by a local resident from Madehurst and it became a very well known landmark with those on their travels stopping here for a brew and cake. Unfortunately the cafe was closed and demolished in 2000, however it has since been re-assembled to its full glory at the Amberley Working Museum and is once again serving teas, coffees and cakes.

We found a path that was fairly straight at the top of Rewell Hill and tracked it through the woods that also contained many yew trees amongst the dense beech woodland, it was great to see the occasional marsh orchid amongst this wooded landscape too. After a short way we dropped down the hill to the open grazing land of the Fairmile Bottom, the yew trees here had been fenced off due to their toxicity to any cattle that grazed this land. Looking up at the woodland it was fascinating to see the many contrasting colours of green amongst the trees, from the fresh new leaves of spring to the hard dark spines of the yew trees, spring seems a great time to visit this reserve as many yellow cowslips were in full bloom. 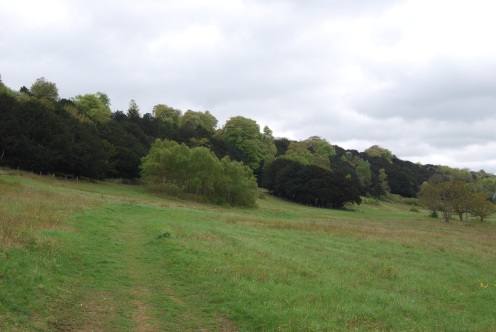 After walking through the open grassland we headed back up the hill through what seems a tunnel of yew trees to the top of Rewell Hill, where we were met with a lovely array of blue bells with their misty blue haze on the forest floor and delightful aromas floating in the air.

We passed through Rewell Wood, another area of managed forest that also has patches of open land where trees once stood and that have since been cut back, distant blue bells added a hue of blue on this desolate forest floor. After passing Rewell House we were soon back in open downland and being rewarded with some fine views to the coast overlooking Bognor, Littlehampton and beyond to Worthing. The spire of the Arundel Cathedral could also just be made out at the distant end of the path that we were following.

We dropped back into the woods that are above chalk springs and followed the path back to Waterwoods Cottages where we started, passing a few more patches of wild garlic on the way.

The recipe for this months trek has been inspired from both the smell of wild garlic in there air and trout from Chalk Springs.

For the Salsa Verde: