It’s been a while from when i last blogged and since completing ‘London’s Lost Route to the Sea’ PK, Cookie and i have walked the Downs Link from Bramley to Shoreham (58.7 km) and the Literary Trail from Horsham to Chichester (89km). These are both great trails where you can see Sussex in all it’s full beauty, so definitely well worth doing.

Apart from my family, two great passions in my life are food and walking, i love creating dishes from local ingredients, particularly when holidaying somewhere different and whenever i can, i’m out walking discovering new trails. So i thought it would be terrific to bring the two together for my next series of blogs by having a food and/or drink theme keeping them local to Sussex too. On each trek I will try and seek out food that is produced, supplied or grown in Sussex, purchase some and then create a delicious (hopefully) recipe using the food/ingredients that i picked up.

So the first entry in my foodie trek blog will be something seasonal for September and after pondering over the map thinking where to go i decided that the trek should take place on the Manhood Peninsula which is just south of Chichester, here we would be able to take in two very different food producers, The Apuldram Centre and Caroline’s Dairy.

This trek starts at the small sailing hamlet of Dell Quay and heads north along Chichester harbour following the waters edge. Along this stretch of harbour can be found an abundance of blackberries and many sloe berries. We picked a tub full of perfectly ripe blackberries as they are definitely local, wild, free and great for a dessert. The sloe berries we’ll leave to those who make sloe gin………. 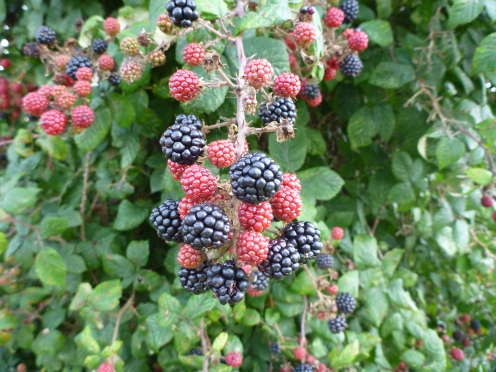 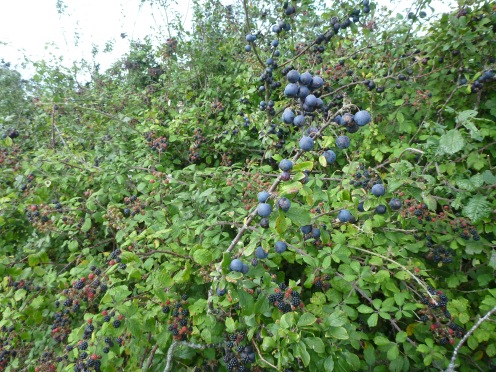 With the tub full of blackberries we then headed away from the harbour eastwards towards Apuldram. St Mary the Virgin Church dated from the 12th century can be seen across the field to the right. Just across the Apuldram Road we joined the Salterns Way (a cycle route linking Chichester with The Witterings).  Heading south on the track and shortly after joining the Salterns Way you’ll come across a small gate that leads into the back of the Apuldram Centre, this the first foodie stop of the day.

What a great little find the Apuldram Centre was, principally it’s a charity for adults with learning difficulties that provide them with opportunities to learn about working in the community and on site, it also has a cafe and a shop. The shop sells produce that is grown on site and the day we visited they had tomatoes, courgettes, beetroot, beans, butternut squash and pears available to buy, so i chose a few pears to go with the blackberries that we picked earlier. The cafe also serves some lovely looking cakes that are made by the students in the kitchens on site and are great with a tea, coffee or a cold drink, Lucy and Luke served us in the cafe and both were very friendly, they enthiusiastically told us a little more about the charity, what they do and how they prepare their students for work life. Such a great find so early on in the walk, it was definitely a chance to refuel on tea and cake giving us energy for the rest of the day. 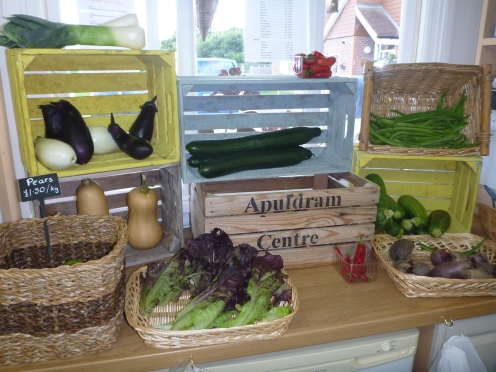 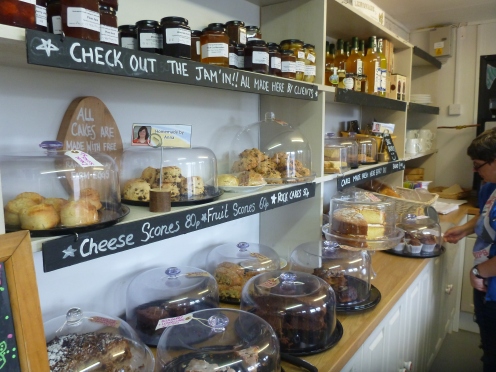 On leaving the Apuldram Centre we followed a short part of the Salterns Way before heading across fields towards Hunston. On the way we crossed the main Witterings road and then passed through a very aromatic field that was growing coriander and parsley, in the distance you could see the workers picking and packing some crops which i’m sure will be destined for the shelves of the major supermarkets along with the herbs growing here. Before long we crossed the canal and arrived in Hunston. 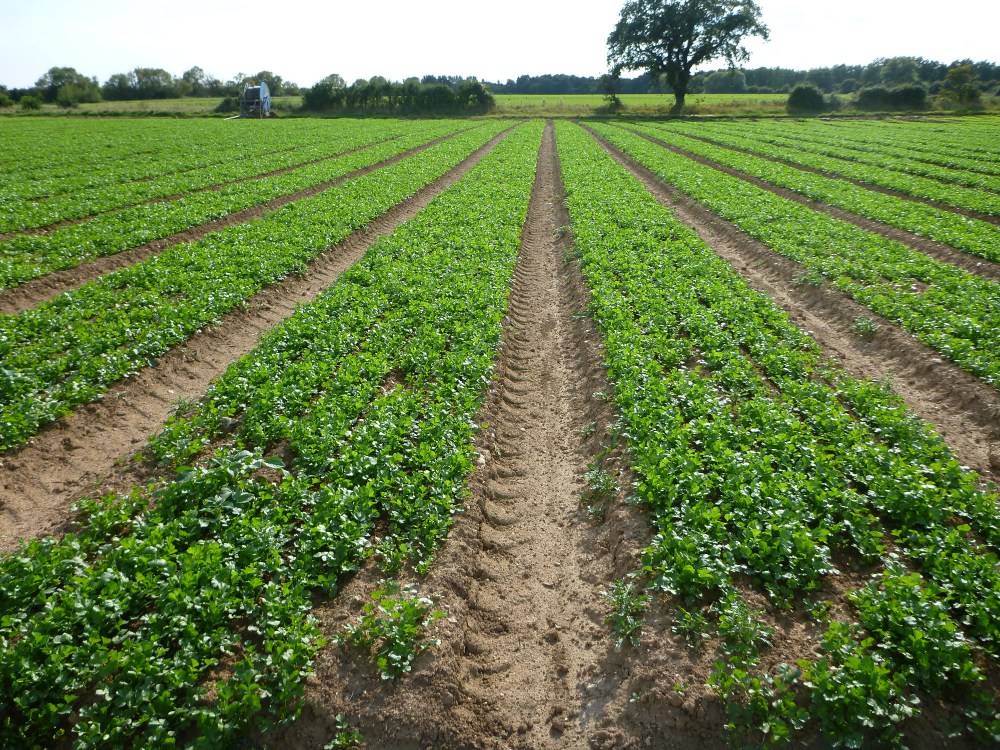 We left Hunston heading East and passed by St Leodegars Church, another place of worship that has also been here since the 12th century; although it was rebuilt in the 1800s. The trek also took us on to the outskirts of the rural hamlet of South Mundham, passing through more agricultural fields. This particular area is great for farmers as the Isle of Wight gives some protection & shelter from strong winds and the flat land attracts good light from the sun, making it ideal for growing salad crops and fruit. In addition, being in the south of England, the area is relatively warm and frost-free. From South Mundham we continued the walk along part of the ‘Bill Way’, a cycle route that takes you from Chichester to Pagham Harbour, it follows part of the old tram way that would once have linked the Selsey Peninsula with Chichester. As we progress along the ‘Bill Way’ the arable fields soon gave way to dairy fields and here we keep a keen eye out for the cattle herds that provide Caroline’s Dairy with the milk for her ice cream. Just as we see some cows in the distance we had to leave the cycle track and headed towards Chalder Farm, incredibly a young deer shot out from a field in front of us and on to the track, it looked surprised to see us, so it immediately retreated and darted back in to the field.

Caroline’s Dairy is a luxury ice cream maker based at Chalder Farm near Sidlesham and has been in production since they started in 2008, they use milk from their own herds along with local ingredients to create their many flavours of delicious ice cream. Unfortunately, they don’t sell their ice cream on site, but do at many local stockists, which is where i later managed to pick up some salted caramel flavoured ice cream.  The public footpath goes right through the farm and in the barns we saw some three week old calves, which i would imagine will one day be producing milk for the delicious ice cream. It was unfortunate that we walked through so late in the day as we didn’t meet anyone to talk to. 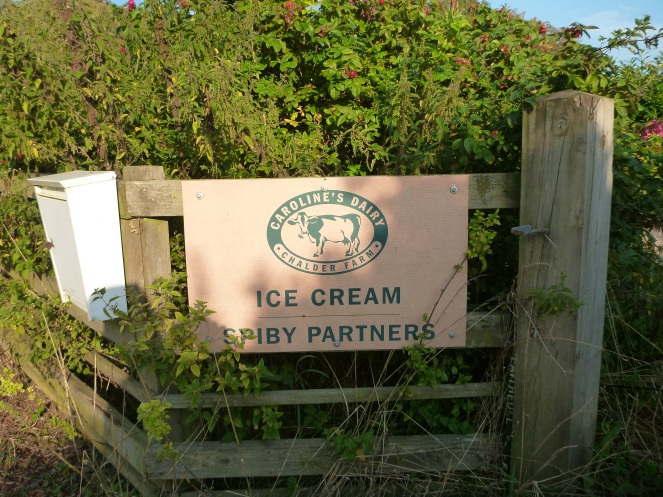 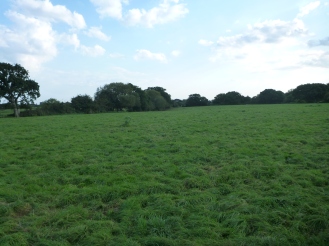 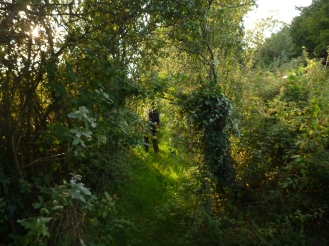 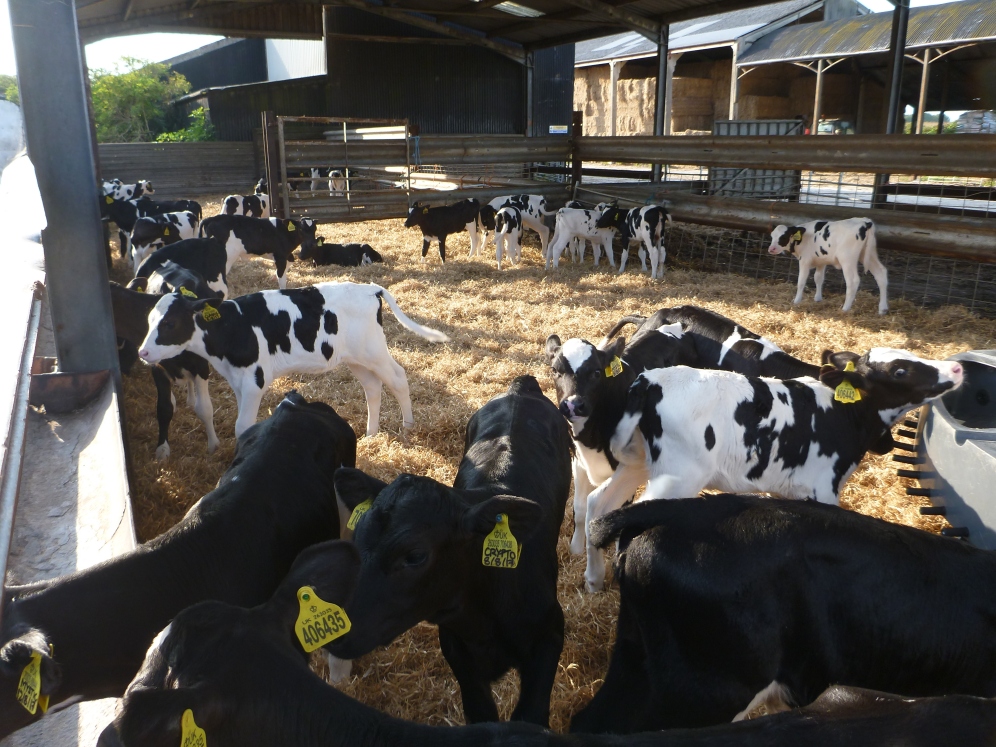 On leaving Chalder Farm we began to head back to where we started, firstly passing by Sidlesham Common; where we had to tackle some overgrown paths and then cross more fields in which another deer was spotted, but this time it was leaping over the crops in the far corner. We passed through the outskirts of Birdham, which is mainly a residential village as it has no pub and only one shop, apparently it also has no defined centre. From Birdham we cut through a small twitten that led us in to Chichester Marina, where many yachts are moored. As we walked through the marina the sun was beginning to set, some yachts were heading out into the sunset, paddle boarders and kayakers were enjoying the calm waters of the balmy evening and the Boat House Cafe was buzzing, serving some great looking evening meals. We then walked along the edge of the harbour all the time keeping an eye on the sun that was setting over Bosham Hoe. 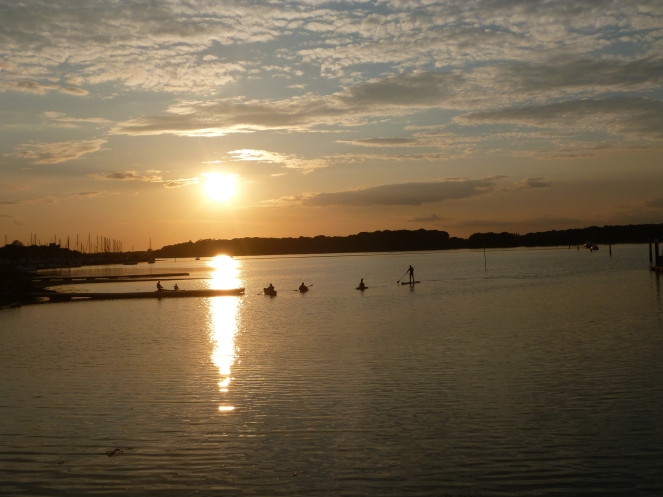 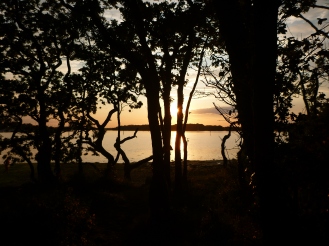 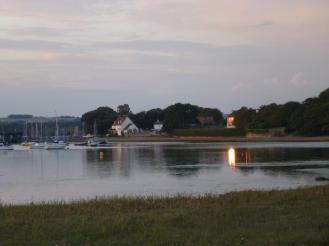 The end of the trek took us back to Dell Quay and quite conveniently to the Crown and Anchor pub; where they have a Crab & Burger Shack serving great food in a seating area outside overlooking the harbour, idyllic! 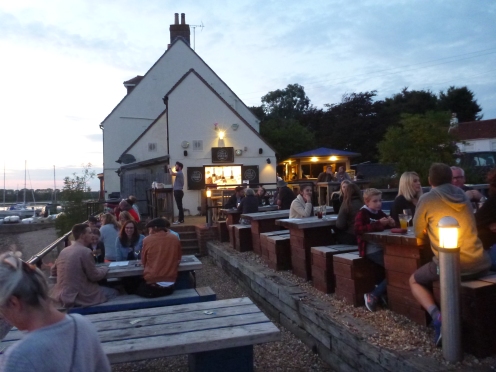 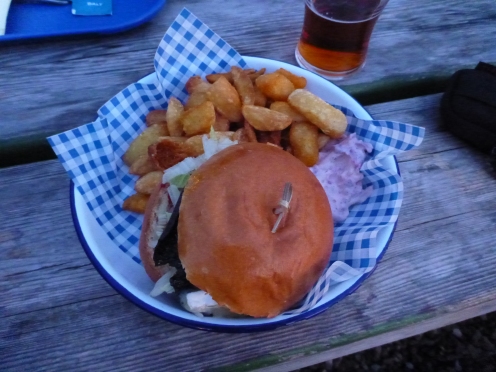 It was a great trek around the Manhood Peninsula taking us on many paths that were not commonly used, from the calm waters of the harbour to the diverse farmland just inland. With what i saw and bought during the day i was inspired to create a dessert made up of a light sponge that is cooked in the oven and when turned out on to a plate the fruit sits on top, this is best served with salted caramel ice cream from Caroline’s Dairy. 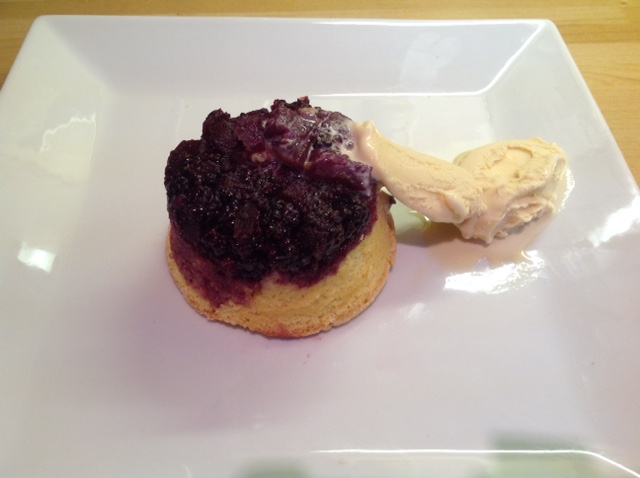