Just before i start telling you about todays trek last week i completed the missing link on the Weybridge to Guildford leg. If you can remember we had to divert away from the canal because of a police investigation and walk through residential streets instead, well i decided to take half an hour out of my busy working day to just walk the 1.4km that we missed. The weather was really warm and i ended walking just in shirt sleeves. This little walk took me along the canal under the A3 and into the outskirts of the city centre, a peaceful walk at the start with the birds singing, i heard a rustling in the grass, took a look and a snake slithered off, i didn’t see it enough to work out whether it was a grass snake or adder. As i passed under the A3 the traffic was stationary above, which made me thankful that i was walking rather than sitting in the traffic, a detour home will be in order to avoid that.

Back to today’s trek with PK, Cookie and Kiah.

We started by the canal in Guildford where we left off last time, it was a saturday and the streets were busy with shoppers, yet the canal that runs right through the centre seemed to be a level of calm and with just a few walkers, cyclists and joggers but no mad rush of the hubbub of the city. The Wey Navigation cut through the city and before long we were leaving the centre and into the leafy suburbs, the path was now to become very muddy and wet due to the recent rain, this was going to make the walking a little more testing.  The canal started meandering through the Surrey countryside and locks were to become less frequent, after about 3 km into the walk we had an unplanned initiative test and that was that PK’s hike boot of 20 years was to become a flip flop as the heel came away, after a little thought he re-tied the laces such that they wrapped around the sole holding it on, all was good again for the next few hundred yards when unbelievably the other boot decided to do the same, I got to admit I did find it exceptionally funny and couldn’t stop laughing. 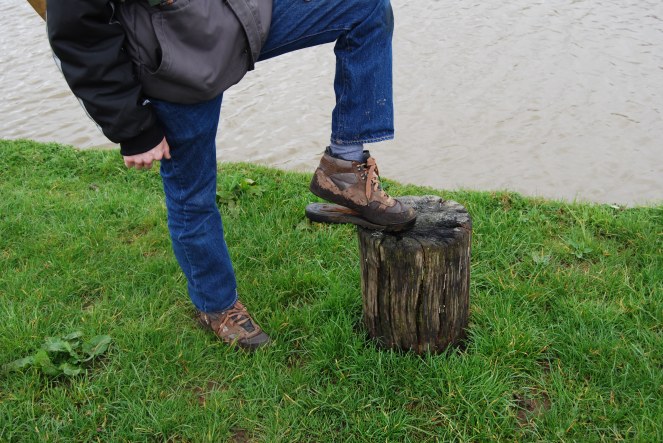 We followed the Wey Navigation south for a few more kilometres to Shalford, past the old Gunpowder store, a wooden hut that stood on cement mushrooms, which was used to store the explosives being transported up the canal. At this point, on the Wey Navigation is  the junction with the Wey & Arun Canal of which we are to follow, the main Wey Navigation continues to Goldalming. This is another major milestone in the walk which means we have now completed the Thames section and Wey Navigation section. 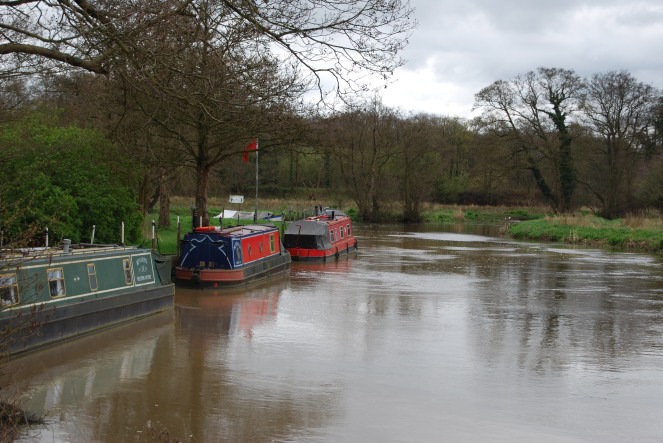 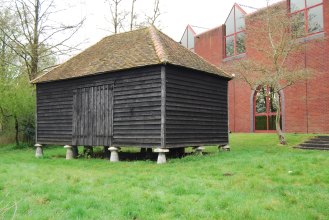 We veer off down the Wey & Arun canal branch which at this point is only about 1km long before it goes through private land and comes to an abrupt end. We will still be following the Wey South Path but as the majority of this particular section is either disused or on privately owned land we will therefore be following the route of the canal as closely as possible. After crossing the A281 we joined the ‘Downs Link’ path. This is an old disused railway line that linked Shoreham with Guildford, it ran from 1865 and would carry both freight and passengers, this new line would speed up the transport in the south and ultimately saw the demise of the Wey & Arun Canal, as this was competition on a different level. However just four months before it’s centenary in 1965 the line closed.

After a short straight walk along the disused railway we came across the disused ‘Bramley & Wonersh’, all the platforms remain in place and you could visualise the splendour of the steam trains pulling up here, in the waiting room on the platform was a replica of an old timetable and a local drinking special brew too. At this point we are to take a short detour into Bramley to stop for lunch at the the Jolly Farmer. A quick scan through the menu and the choices were made however, unfortunately the venison pie had sold out the night before so i ended up settling for the ham, egg and chips and as i was in Bramley it would have been rude not to have the homemade Bramley apple crumble for dessert. Kiah and Cookie for most of the lunch sat there quietly under the table until Kiah spotted something on the fireplace that she took a dislike to, we are not quite sure if it was the stuffed foxes head that was in a snarling  pose or the ventriloquist puppet with it’s fixed stare into the bar, whichever it was set her off barking, which in turn then set Cookie off…..great!

After lunch we rejoined the ‘Downs Link’ and continued to follow the Wey South path, every now and then you would get glimpses of the old canal with it’s green weed growing in as there is no longer any flow and the water is static. The next challenge we faced was that PK’s sole of his boot was to completely come off, flapping around by the shoe lace that was used to hold the heel on. After some quick thought i rummaged in the first aid kit and found some medical tape with we would use to strap the boot up. Bizarrely enough the very same thing happened to the second boot in such a short distance too. 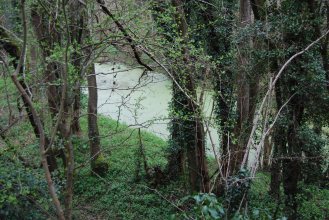 After following the Downs Link for a few kilometres we then left it to track a small section of canal, before walking through fields in which the River Wey flowed through. This part of the walk was probably the muddiest and certainly the most trying on the patched up hike boots. Another section of the path was completely blocked off by the river flooding, however we were determined that we were not going to turn back on ourselves so chose to hop over the barb wire fence and around the flood.

The muddy path then turned into a more substantial road as we entered the outskirts of Cranleigh and we were still following small sections of the canal that hold water. At this point the path gave us a little test as it seemed to disappear through a tall garden gate, we were a little wary of entering as it was some ones garden, but true enough the path went right through the middle of their garden. The last kilometre of the day took us past some greenhouses growing lettuce and we finished the trek just south west of cranleigh. On walking back to the car, we stopped at the shop to get some refreshment and at this point PK dumped the well worn boots in a bin, sad times…….lol.