Today I’m on my own as Susan had stuff to get on with at home, so i set out early and parked up in Beaulieu this way I could catch the first bus from the village at 09:28am. Buses in Beaulieu are few and far between and only pass through 4 times on Tuesdays, Thursdays and Saturdays.

On approaching the bus stop I saw this old man sitting there, he wore a fur coat with a fur hat that covered his ears and had pheasant feathers coming out of it. Beneath his hat i could make out that he had very long straggerly grey hair and an unkempt beard. As soon as i was near the bus stop he moved his bags over and was offering me a seat, the impression i got was that he was an eccentric local. The old man was very chatty and had a slight country accent so I asked if he lived locally, he said that he slept there, and pointed to the bench behind the bus stop. David was his name and he explained in a very animated fashion how the authorities are trying to move him out the village as he had no where to live.

The bus arrived 5 minutes late from the opposite direction that i thought so we waved it down and ran across the road to board. David also got on the bus too and sat downstairs, I went upstairs to get better views across the forest. The bus wound itself through the country lanes in the forest and everytime someone got on i could here David greet them, i think he is a well known character locally. I was the only one that sat upstairs and i was soon to realise why no one else was up here! I don’t think double decker buses are designed for going through the forest as the trees seemed lower than the bus and we kept hitting so many branches, the racket that it made as they hit the roof was so loud, I must also confess that I ducked when we went under a low bridge.

The bus dropped me off at the post office in Lymington High Street, so after i quickly popped into Boots to get some more suncream and then i set off back to the quayside where we finished the day before.

It’s absolutely incredible how each day can be such a contrast along the small part of coastline that i have walked, but today is set to be different yet again as i head slightly inland and into the New Forest.

On leaving the yachting mecca and cobbled streets of Lymington I walked over the bridge and headed away from the sea and into the New Forest. Today i would be following the Solent way, this long distance footpath has been really well thought out as it follows the public footpaths and country roads that are nearest to the coastline as there was no way around the coastline on the waterfront and although I was heading inland you would still get a glimpse of the Solent at various points. 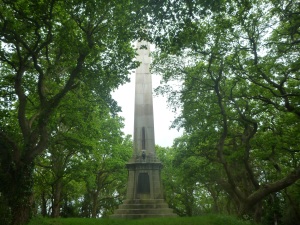 The first part of the route took me on footpaths through woodland and fields, so different from the terrain that I had been walking on as i was now walking through long grass and fields with crops as tall as me. After coming out of the woods I stumbled across this most tranquil pond, the colour of the water was a murky turquoise. There were two fly fishermen on it, flicking their lines back and forth but it was so quiet, in hindsight i wish i had eaten my lunch here as the route from just past here onwards to Bucklers Hard will be on road.

Just before Sowley Pond i joined the road that was to be my route until i got to Bucklers Hard, at first i was concerned that walking on the road would be not as nice and possibly a bit dodgy with the cars, however my concern was to no avail as very few cars used this route, one passed approximately every 10 minutes, and the speed is restricted due to animals freely wandering in the road.

The road took me passed two disused WW2 airfields that were used to support the D-Day landings, however on one of them the airfied could not be made out and all you could see was a field of green with the solent in the distance, it was a beautiful view and a person called had written a poem about this airfield, it was a really touching and poignant poem, it related so well to what i was seeing and really makes you think.

As I left the country lane and arrived at bucklers hard the landscape changed and became nautical again, this little hamlet is a popular tourist attraction and consists of two rows of houses, a church, a museum and a pub where it would have been rude not to stop and have a pint of boon doggle, which is brewed by the ring wood brewery, Boon Doggle is a craft ale and certainly hit the spot after the walking so far, the weather was really warm sitting in the sun outside the pub. Although a tourist spot it wasn’t too busy and still upheld it’s beauty. 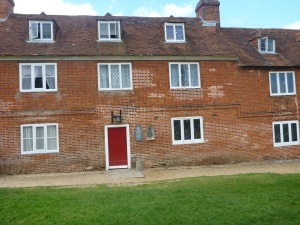 The route back to Beaulieu was quite easy from here and well signposted, it is a frequently trodden route for people strolling between the two attractions, the Solent Way through here takes quite a direct route, however there are broadwalks made so that you can walk closer to the river, I decided that it would be good to follow these little detours keeping me as close to the river and nature as possible, the small additional distance that i covered walking this route was certainly worth it and i definately reccomend this way. This part of the route would be great for that Sunday afternoon walk following the roast dinner.

The path soon led me back into Beaulieu where I would be finishing the days trek, but before I headed straight back to the car i thought I would take a quick look through the village and came across a shop called the Beaulieu chocolate studio, one half was a shop and the other half was a factory, so i popped in and although not cheap bought a bar of chocolate to take home to Susan.

The Day in Brief:

Be prepared to duck sitting upstairs on the bus

Following the Solent Way with Glimpses of the Sea

Have a pint of Boon Doggle at Bucklers Hard

Get chocolate from Beaulieu Chocolate Studio.